×
Go to content
snowboard Side-Cut / Edges Shape
What is the side-cut? Is the curve on the sides of a snowboard. If extended, that curve on the sides of snowboards will end up forming a circle. That circle's radius is the side-cut radius, since the side-cut is just a part or the circle, the side-cut radious is the same as the circle radious. Most snowboards side-cuts usually range between 7 to 9 meters, but you can find some production snowboards with a side-cut as low as about 6 meters or as high as about 10 meters. By itself, the side-cut limits the maximum turn size for carved turns, a snowboard with a side-cut of 8 meters can not do turns larger than 8 meters. The amount of pressure you apply to the board while turning bends the snowboard (the flex comes into play here) and makes the side-cut smaller, so a snowboard with a 8 meter side-cut can make turns shorter that 8 meters. Straighter, larger side-cuts (bigger radius, until about 9 or 10 meters) will make the turns larger and give you more control and feel less nervous at speed, and deeper side-cuts (smaller radius, from about 6 or 7 meters) will make the turns shorter and feel more snappy.

Not every board has a side-cut equal from one tip to another and equal on both sides of the board (toes and heels), there are diferent types of side-cuts.
Radial side-cut
The typical one, brought from the ski industry along with the traditional camber profile, for decades it was the only one so it more than proved to work by now. A radial side-cut is part of a perfect circle. It feels like it always wants to make round turns, bigger or smaller, but rounder. With a radial side-cut it's harder to change directions during turns than with a progressive/multiple side-cut.
Progressive side-cut
If the radial side-cut is part of a circle then a progressive side-cut could be part of an egg! The egg shaped edge makes the final part of your turns faster and more aggressive, while initiating the next turn gets easier (like the setback stance does). You'll find yourself accelerating in the end of and between turns, and maybe flying from one arc to the next. You get more performance out of your board with less effort.
Multiple / Combination side-cut
It can be multiple radious combined in some way, like a tighter radious in the tips and a larger radious in the midle of the snowboard. It can be also a radial side-cut combined with a progressive one (which in the end is just a type of progressive side-cut). The specific effect on riding will depend on the combination of side-cuts used, but it will somehow allow you to more easily change directions during turns than with a radial side-cut. They're usually used to make a board more dynamic and "all around". For example, a bigger radius (straighter side cut) at nose and tail combined with a smaller radius (rounder) at the center may give you large arcs with faster transitions and short turns.
Asymmetrical side-cut
Almost all snowboards are symmetrical, which means that the toe edge and the heel edge are equal.
But we don't ride 0º,0º degrees (your toes have more space between them than your heels) neither can we press the snowboard equally on toe side and heel side, or have the same balance on heels that we have on toes. This is why heel turns tend to be harder than toe turns.
To help you overcome this natural physiological asymmetry the brands are making snowboards with asymmetrical side cuts, where the heel edge is smaller (the contact points are a bit closer from one another) and more pronounced (has a smaller side cut radius) than the toe edge. This will improve your balance and give you more control over your heel edge, making your movements come out more naturally and sharper.
(the asymmetrical side cut usualy goes together with an asymmetrical flexibility/core)

Some rocker / hybrid snowboards have edge technologies that help them get the grip that the rocker base profile takes away. Some examples may be the magnetraction (libtech), under-bite / mid-bite (YES snowboards). The edge technologies are disruptions in the side-cut, making it a non continuous line.

Lifted Edges (convex base / base with various flat areas)

Almost all bases are flat side to side, but some are convex, and some others have they're edges lifted a little bit on the nose and tail (like all the bataleon and lobster snowboards) or throughout all the snowboards length.
There's also the "powder hull" technology from YES snowboards (on the famous 420 and on other models), the edges stay on the snow while the midle of the board is lifted from the nose/tail almost unill the bindings. This adds great flutuability on short sizes, or on any size, but speccially alows for small sizes to perform incredibly well in powder.
Look at the board like that to see if it is Flat, Convex or Triple base (combination of various flat areas) 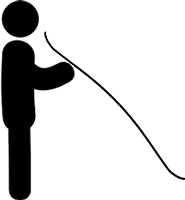 How do snowboards with triple base / convex base feel and perform?
1 The transitions (edge changes) will feel more like floating, more like surfing (with a convex base even more than with a base with various flat areas)
2 You'll catch less edges
note: each different technology (from each brand) will feel somehow different than the other. Generalizing, more lifted area (further away from the edges) equals more floating sensation, while less lifted area translates into less edge catching without that much of a change in how the board feels.
Snowboard Brands and convex / vfa
Bataleon deserves all the credit for non flat snowboard bases (specially for the one with a combination of various flat areas) since they're sticking with it since ever, they've never made a board without lifted edges and that precisely is they're singularity (not much snowboard brands can brag about singularity) and is what they're known for, with their 3BT (triple base technology, also referred to as triple base snowboards). Other brands are following (finally) and developing their own technologies that differ from the 3BT on their folding patterns and angles. Some of those brands are Burton, Flow, Lobster (3BT like bataleon).
(Curiosity: A million years ago, when I first saw bataleon snowboards I remember thinking "burton will wait one year or two and them will come out with their own triple base calling it something else", and so it was! About 2 years after they did exactly that. Didn't succeed at the time cause most people who wanted a snowboard with a non flat base went with bataleon or lobster, recognizing their credit. Now burton is using full convex bases in kids snowboards and maybe in some other snowboard models too.)
Back to content