| Choose it like a proby CASI-ACMS snowboard instructorsTrust no copycats!All in one placeRead less, ride more |

Go to content
choose a snowboard SIZE you'll love!
The size is by far the most discussed factor when choosing a snowboard and so often the only one (besides the graphics, we all love to love our boards graphics), but not necessarily the most comprehended. "Which snowboard size shall I get? Should it be by my chin?" Maybe, because there is a correlation between your weight and your height, but a good amount of people is heavier or lighter than the medium weight for height, so also, maybe not. Height only dictates where the center of mass is. For snowboard sizing, between height and weight, your weight matters the most, it puts more or less pressure on the snowboard. But what really matters the most off all when sizing a snowboard? Your riding style and level.

When we talk about snowboard size we mean the length, tip to tail (not the effective edge), and not the snowboard width. Unless we are talking about a powder board that needs more surface than other boards in order to float, a standard snowboard size for your weight and riding style and level is pretty predictable. The size number you'll take from here will save you time by alowing you to look for snowboards within a certain size range, going straight to the point and avoiding any snowboard size that's not so good for you when buying or renting (or borrowing) a snowboard. 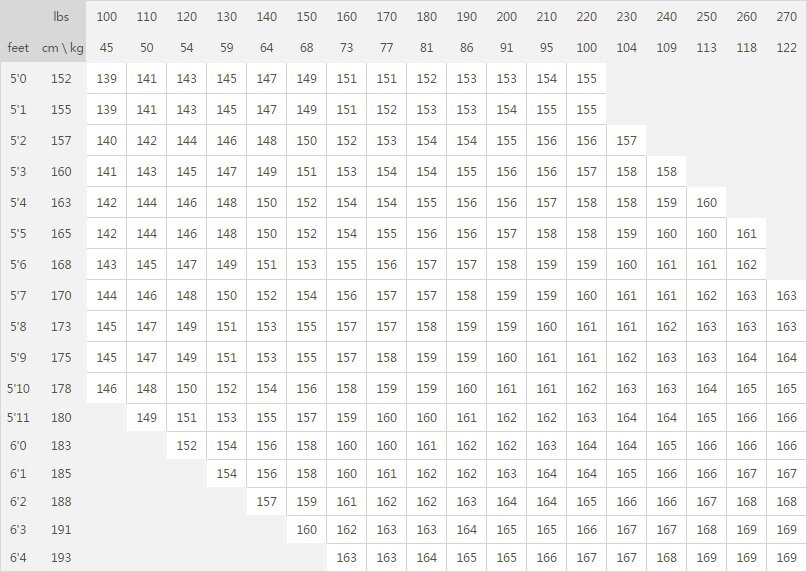 It will be the kids weight, and not the age, that will determine his/hers appropriate snowboard size. If the new/young snowboarder's weighing 45kg/100lbs or more you should look for "normal" "adult" snowboards with sizes from 135cm up, instead of looking for kids snowboards.
Weighing less than 45kg/100lbs you will find the right snowboard in the kids range. Just as in adults boards, each board recommends a weight range that you should follow unless you really know what you're doing. Here are the recommended snowboard sizes for kids from one of the major snowboard brands for your guidance.

Other than the afore mentioned relation between your weight and the snowboard size affecting the boards flexibility, the size of a snowboard also influences it's manoeuvrability and that's why you may prefer bigger or smaller snowboards than the recommended sizes for your weight. Smaller snowboards are more manoeuvrable, better to ride park, rails and boxes and to play around with butters and small tricks. Bigger snowboards are more stable and float more, better to ride fast and hard on slopes, for freeriding and to ride powder. If you notice, freestyle snowboards come in smaller sizes than freeride snowboards.

How to choose a snowboard size on the go

Need to choose a snowboard on the go without access to our snowboard size chart? Maybe you are at a physical shop looking at a snowboard that seems fine to you and has a nice price but you want to be sure before spending, or a friend has a good snowboard to sell but you don't know if its your size. Or maybe you are looking online but want to spend more time riding and less time choosing.
No worries, just start with the "by the chin" standard and adjust accordingly: heavier than your height's average +1 to +3cm (or look for stiffer boards) / lighter than height's average -1 to -3cm (or look for softer boards) / stability over maneuverability +1 to 3cm / maneuverability over stability -1 to 3cm
This obviously not the most accurate way to choose a snowboard size but it may get the job done.